After eight books I think it’s safe to say that I am not, and probably never will be, a fan of science fiction author Stephen Baxter. Just over a year ago I read his Manifold trilogy and was notably underwhelmed (see this post about book one and this post about the whole trilogy).

Recently I finished The Long Earth, a five-book series Baxter co-authored with my all-time, no-exceptions, favorite fiction author, Terry Pratchett. The series is based on an interesting parallel worlds idea from a short story, The High Meggas, Pratchett wrote back in the mid-1980s.

Much to my disappointment, I was also notably underwhelmed by this series.

END_OF_DOCUMENT_TOKEN_TO_BE_REPLACED

With the distraction of the election, on top of the distraction of the pandemic, my note pile has started to accumulate again. I’m way behind on my “Fall Clearance” plan to either finally write the posts or throw away the notes. (The issues I’ve been having with my laptop’s WiFi incompetence haven’t helped.)

Between winter and social distancing, I’ve had plenty of time to catch up on reading. I’ve also been catching up on TV shows I wanted to either check out or re-watch. There have been some new shows I liked so much the first time that I wanted to see them again.

So for this TV-Tuesday I’m channel surfing over all those shows.

END_OF_DOCUMENT_TOKEN_TO_BE_REPLACED

In Greek mythology, the hero Theseus, who slew the Minotaur and escaped its maze, returned from Crete to Athens where the Athenians preserved his ship in seaworthy state for more than a thousand years. It was an emblem of courage and a reminder of a national hero that many Greeks considered more legendary than mythological.

The Ship of Theseus was carefully maintained. Parts that rotted away were replaced with exact replicas. And in a ship made almost entirely of wood, crude iron, rope, and sail, everything rots, so eventually everything gets replaced.

Which makes the identity of the ship an interesting question.

END_OF_DOCUMENT_TOKEN_TO_BE_REPLACED

As a memorial to the loss of my favorite voice in fiction, I’ve been doing a Sir Terry Pratchett Discworld memorial read. I’d been planning to read the Witches novels again anyway, so I did that and then went on to read the Rincewind novels. Now I’m working my way through the rest in chronological order. I just finished Hogfather.

This time, as I go, I’m leaving tape flags behind to mark bits I especially liked and plan to share (and record) here. Part of what is so engaging about the Discworld novels is how intelligent and perceptive the writing is. Pratchett was a brilliant writer. After reading these books many times I’m still learning to appreciate his genius.

Today I thought I’d share some of those flagged bits with you.

END_OF_DOCUMENT_TOKEN_TO_BE_REPLACED

For my money, Sir Terry Pratchett is the greatest fantasy author ever. That includes Tolkien, Verne, Wells, Burroughs, and Howard. (Martin isn’t even in this conversation to my mind, but then neither is Lucas.) Pratchett’s work has incredible social relevance. His keen sense of people, his deft hand with humor, and his ability to weave a rich, textured story as engaging as it is fantastic, gives his work a substance that sticks to the soul.

A recurring theme in Pratchett is the power — and the reality — of belief. Is Superman real? Or Sherlock Holmes? If millions believe in them, if so many stories are told about them, how can they not be real? One might say the same of all the gods we worship.

There’s also the bit about the frogs.

END_OF_DOCUMENT_TOKEN_TO_BE_REPLACED

My mom died a year ago today. Yesterday I attended a memorial service for my best friend’s mom, who died this past February. Also in February, Leonard Nimoy took a final bow and exited stage left. Most recently — just last Thursday — another star went out, and it was one that shone brilliantly in the sky for so many of us.

Sir Terry Pratchett finally got to meet one of his key characters. I like to think that, for him, it might have been like meeting an old friend — and sadly, a visitor he’s been expecting for quite a while now. We fans know that Death personally attends the passing of wizards.

And Terry Pratchett was a wizard beyond compare.

END_OF_DOCUMENT_TOKEN_TO_BE_REPLACED

A while ago, a popular mass-produced beer had some commercials that revolved around the line, “Why ask why?” While most beer commercials seem on the stupid side to me anyway (one brand’s only selling point seems to be “coldness”), those especially bugged me. Actually, as I recall, the commercials were pretty cute; it was the idea that asking Why? is pointless that bugged me.

I believe that asking Why? is a uniquely human trait. Animals accept existence; humans question it. And while there is a certain important Zen-like quality to accepting existence, I believe the questions are also important.

Science is really nothing more than the process of asking Why?

END_OF_DOCUMENT_TOKEN_TO_BE_REPLACED 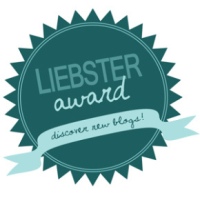 If you read my Disclaimer you know I’m a little uncomfortable with awards. They are obviously very pleasing to receive, and I appreciate the social aspects involved, but I just find I have somewhat mixed feelings. That said, sometimes I’ve been awarded by a blogger I know and regard, and it’s very hard to be my usually curmudgeonly self.

And given that my nominator, the blogger artist Sheikah on Dark Link/Light Link is one of those young people who gives me hope for the future, I cannot turn my back. In particular this young lady is smart, educated and capable, and if there’s anything I revere in people it’s those very qualities.

So let’s get to it: some Liebster Award fun!

END_OF_DOCUMENT_TOKEN_TO_BE_REPLACED

Earlier this week I finished re-reading what might be my favorite Terry Pratchett Discworld novel, Soul Music. When I introduced you to Pratchett and Discworld I mentioned that each novel has its own theme. Nearly all the novels use the same groups of characters, but each revolves around a unique theme (and usually one of the character groups, although cross-over is frequent).

Soul Music is about “music with rocks in it” (in other words: rock music). It’s technically one of the “Death” novels (which is to say that the Discworld avatar of Death is the main character), but it prominently features the Wizards in supporting roles.

And Death’s grand-daughter, Susan. And the spirit of Buddy Holly.

END_OF_DOCUMENT_TOKEN_TO_BE_REPLACED

The Colour of Magic

I’ve spent the last two weekends (and many weekday evenings) with an old, dear friend in a magical place. I can no longer remember how I found the place or how I was introduced to my friend. I do know that this year marks the 30-year anniversary of its founding. I think I’ve been here since the beginning. If not, it wasn’t long after.

So I’ve known and loved this place, and my friend, for long time. Remarkably, the charm has never left it. For three decades (or so) it has delighted me, impressed me, moved me and made me laugh out loud. It is for me the finest of the finest, my favorite favorite. There is none better and very few that come close.